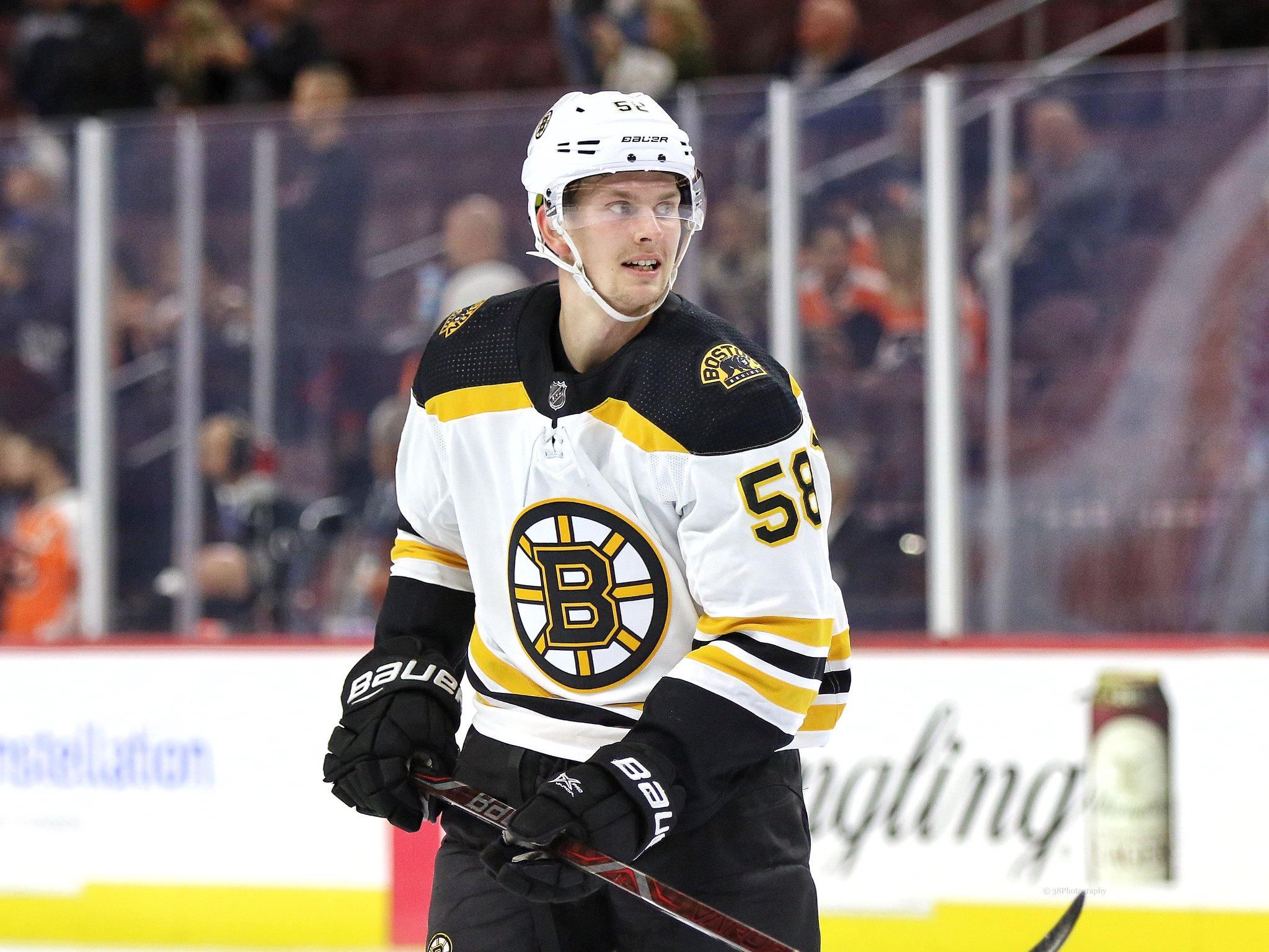 Drafting in the NHL is anything but easy. Identifying raw tools and ability and theorizing how it may translate to the NHL level is one thing; actually seeing how these tools and abilities translate when the game is quicker and more grueling is a whole other thing, though. One of the most difficult parts of that process is having the patience to see if a player ever turns into the player they were expected to be on Draft Night.

In the case of Urho Vaakanainen, patience seems to finally be paying off for the Boston Bruins. When they drafted the Finnish-defender 18th overall in 2017, they were getting what appeared to be an excellent puck-moving, minute-eating defender with limited offensive upside. This seemed to be the case early on too as Vaakanainen was logging roughly 30-minutes per game in the Liiga playoffs in 2018 against men with far more experience.

Coupling that with a gold medal at the World Junior Championships with Finland and an impressive start to his AHL career with four goals and 14 points in 30 games and Vaakanainen seemed like he could be the real deal one day.

It wasn’t all sunshine and roses for the 6-foot-2, 200-pound blueliner, though. Once the seemingly perfect option to pair alongside Charlie McAvoy on the Bruins top-pairing for the next decade-plus, Vaakanainen was continually shuffled down the list of potential call-ups due largely in part to inconsistency as he learned the North American-style game.

It wasn’t that Vaakanainen was a bad player or was playing so poorly that he was to be immediately considered a bust. Instead, it was the fact that he started off his tenure as an NHL-drafted player so well that any inconsistencies and stumbles along the way led to more amplified criticism. This is also true because he was drafted in the top-20 picks by a team with high expectations in Boston.

With consistent inconsistencies plaguing him, Vaakanainen would only get sporadic call-ups over the first four years of his NHL career. He’d play in two games in 2018-19, five the following season, nine last season and four so far this season. Just about all of these call-ups had a lot to do with injuries, but this most recent one should also be credited to his play in Providence this season.

Though offensive upside still isn’t a strong point for Vaakanainen, the fact that he had scored one goal and eight points in 23 games certainly didn’t hurt his case. Moreover, though, it was the fact that he looked confident on a nightly basis and finally looked to be the minute-eating defender who could take charge and be a bell-cow on defense.

It shouldn’t be surprising, then, that Vaakanainen has also seen his minutes increase with each and every game this season. Starting with 16:06 against the Tampa Bay Lightning in his season debut, Vaakanainen would skate in 16:56 the following night before jumping up in a big way to 21:03 against the Montreal Canadiens and 23:17 against the Philadelphia Flyers. The latter mark was the second-highest mark on the Bruins behind only McAvoy who would play for 25:48 during that game. On the season, he’s averaging a career-high 19:21 of ice time.

With confidence and solid play throughout these games, Vaakanainen has earned the trust of head coach Bruce Cassidy more and more each night. What’s even more impressive is the fact that Vaakanainen is finally starting to see some results offensively as well. He’d record three assists in his first three games this season, though the third assist was originally credited to him as his first NHL goal before later being changed following the conclusion of the game.

If the goal would have been credited to him, Vaakanainen would have been only the second Finnish defender in Bruins’ history to score a goal. Jarno Kultanen is still the only player to fit the criteria, scoring two in the 2000-01 season.

His play hasn’t just been noticed by his coaching staff or fans, either. Brad Marchand would talk about how well Vaakanainen played against the Canadiens following the game as well.

“Vacks got player of the game. Very well-deserved. He’s been great since he’s been here and a big goal for him tonight, Marchand said of his teammate prior to the scoring change. “So very well-deserved.”

Related: 4 Breakout Candidates for the Bruins in 2022

That’s high praise from not just one of the best players on the Bruins, but one of the best players in the entire league. Vaakanainen is finally starting to round into form and show that he can consistently do the things the Bruins need him to do. This is true whether they use him on the third pairing, the second pairing or even the first pairing where he’s played in Matt Grzelcyk’s absence. He’s also gotten penalty-kill time which means his defensive ability is getting rewarded.

At just 23 years old and only 20 games into his NHL career, it’s important to remember that players develop at different rates. It’s important to identify what a player can do early on so they can capitalize on their value, but it’s also dangerous to give up on young talent too early. It’s a fine line, but it’s one the Bruins are finally getting some return-on-investment from in regards to Vaakanainen.

Brandon Share-Cohen has covered the NHL and various professional sports for six years. Working with The Hockey Writers, Brandon works extensively on covering the Boston Bruins in addition to his role as the News Team Lead.