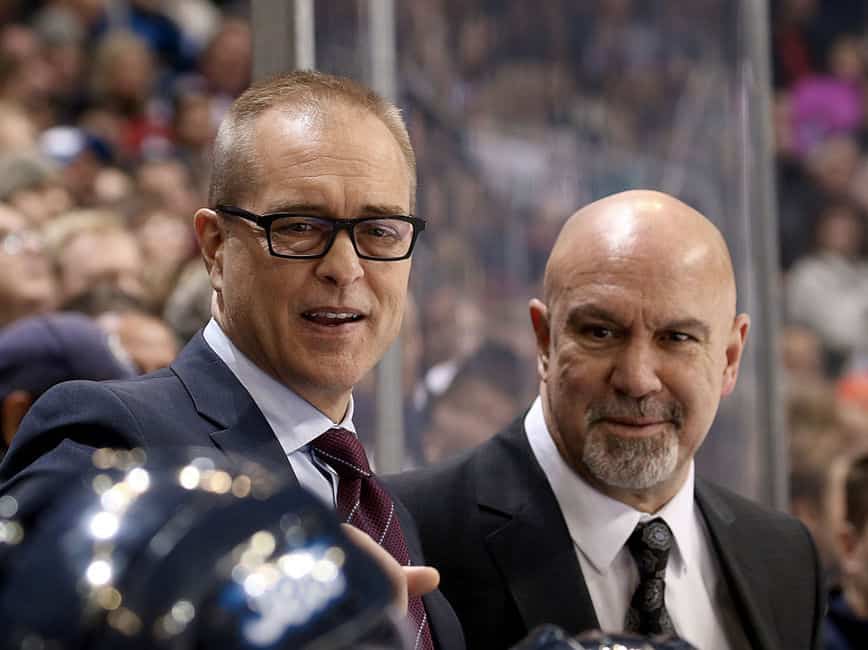 In today’s NHL rumors rundown, the Florida Panthers have found their head coach, but it isn’t the Jack Adams finalist they already had in house. Meanwhile, Auston Matthews won a couple of major awards last night and the breakdown of the voting was quite interesting.

The Carolina Hurricanes might be open to trading Martin Necas, the Anaheim Ducks wants to talk to Josh Manson, and the Washington Capitals are looking to make a big play this summer.

As per a number of insider reports on Wednesday morning, the Florida Panthers have ultimately decided not to keep Jack Adams finalist Andrew Brunette behind the bench as head coach and have hired former Winnipeg Jets coach Paul Maurice instead. It is the first time in NHL history that a coach who was just up for coach of the year was demoted in the same season.

It is not clear if Brunette will remain with the organization as he was one more season remaining on his current assistant coaching contract. Frank Seravalli of Daily Faceoff is reporting: “Source says Andrew Brunette will be offered a “significant role” to remain with the team if he’s interested.” The Boston Bruins or Chicago Blackhawks could wind up wanting to talk to Brunette.

Congratulations to Auston Matthews who won the Hart Trophy and the Ted Lindsay Award at Tuesday’s NHL awards ceremonies. Connor McDavid came in second place, but the voting wasn’t particularly close as Matthews scored a decisive win by attracting 119 first-place votes and 49 second-place tallies among the 195 ballots cast.

There is some buzz today about comments Matthews made about playing in Toronto, with many fans outside of the Toronto area having fun and suggesting he might have dropped a hint about his playing future, even though he was more likely saying he has no intention of leaving.

Chris Johnston quotes Matthews who said, “I’ve really enjoyed my time in Toronto and it’s been special. I love every single guy on that team, the management staff. The whole organization from top to bottom is first class and I feel really fortunate to play [there].”

As per Rick Dhaliwal, he quotes NHL insider Elliotte Friedman who was a guest on the Donnie and Dhali show and said there are a number of teams floating around the Vancouver Canucks these days. Among them are the Washington Capitals who lost Nicklas Backstrom. Friedman was quoted as having said, “I have heard [Nazem] Kadri and [J.T] Miller connected to them, Miller will be a big contract, VAN is worried about term.”

Pierre LeBrun explained on TSN’s Insider Trading that the Hurricanes may not be rushing to trade forward Martin Necas but if a deal came about to add a young defenseman, they would at least listen to trade offers. This comes just hours after news that Ethan Bear was told to check around the NHL for his value as the Hurricanes contemplate whether or not to keep him at his asking price.

Necas was the 12th overall pick in 2017, but struggled this season with a drop in ice time and no goals in the Stanley Cup playoffs.

Also according to LeBrun, he reports that Anaheim has an interest in a reunion with defenseman Josh Manson. Manson has been extremely productive for the Colorado Avalanche since joining them ahead of this year’s NHL Trade Deadline and once his run to the Stanley Cup Final is finished and he becomes a UFA, the Ducks are expected to make a pitch to get him back.

The Ducks know that it will be very difficult for Colorado to retain him given their salary cap issues. There are a number of players on that roster that will need contracts when the playoffs are over and Manson might not be a priority for them. As a rental he was great. As a long-term fit, Manson might be looking at other options this summer.