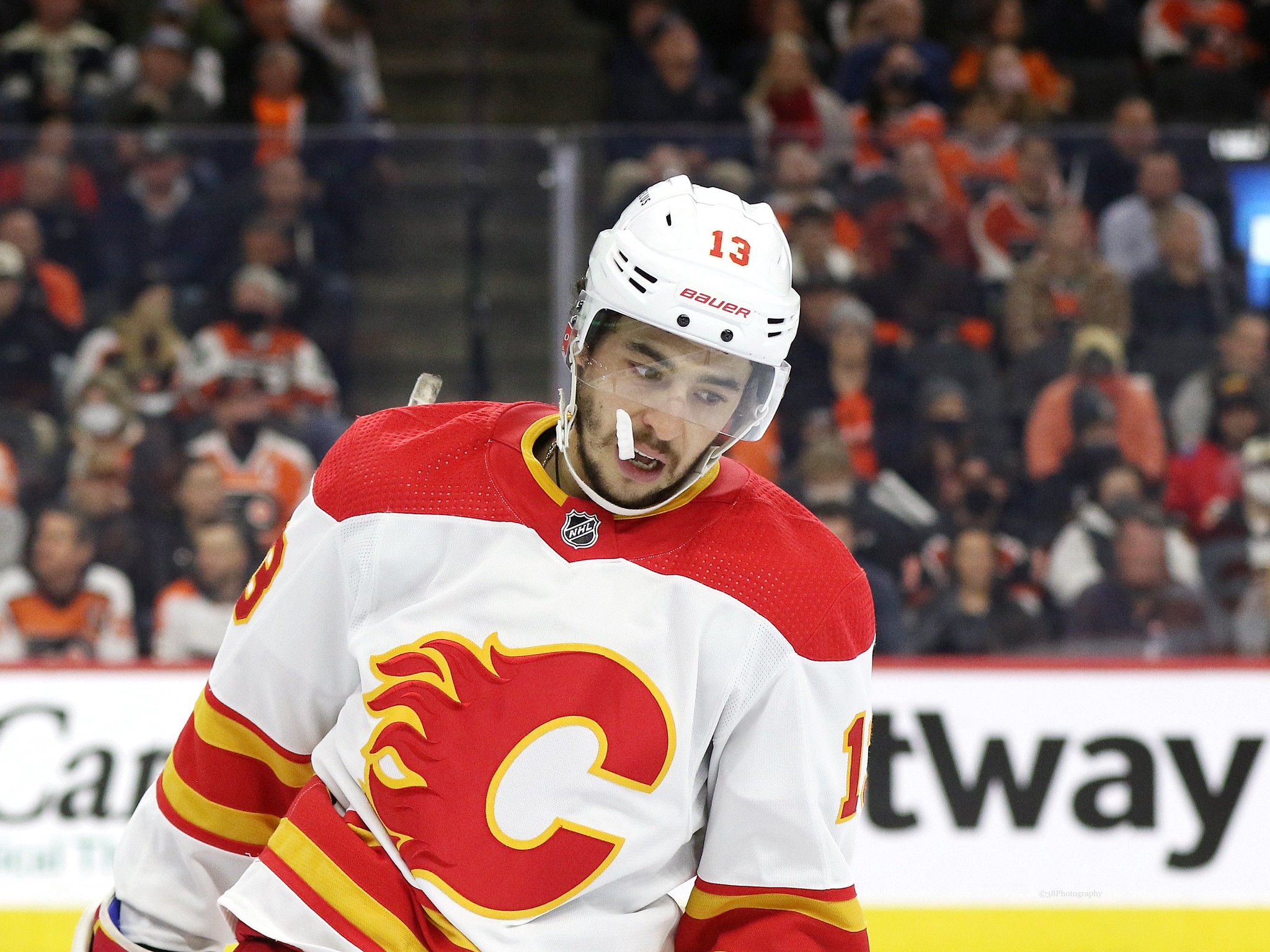 GM Brad Treliving and the Calgary Flames are going to need an answer soon. With the 2022 Upper Deck NHL Draft just days away, they were hoping to have some idea on if Johnny Gaudreau was going to test free agency.

The longer this situation pans out, the more likely it becomes Gaudreau will peek into the market to see what’s out there. Make no mistake. The Flames want him back. He says he loves it in Calgary. But it is a life-changing decision.

The Flames drafted Gaudreau. He’s spent his whole career in Calgary and is coming off of his best season to date. Certainly there is a loyalty factor there. But as with all players in this situation, you get this chance once.

If the Flames and Gaudreau cannot find an agreement in the next 10 days, he instantly becomes the biggest free agent chip on the market. Teams would move mountains to try to find room to add one of the most exciting players in the NHL.

While many teams would love to have Gaudreau, there are three teams that make the most logical sense for him should he get to free agency. Who are those three teams and why?

I know. This is the most obvious destination for one big reason. That would be a homecoming. Gaudreau was born in Salem, NJ which is about a 45 minute drive from downtown Philadelphia on a good day with light traffic.

Rumors have been out there for a while about his possible desire to sign with his hometown team. And why not? There’s certainly room for a player of his caliber on the roster. It’s not often a career point per game player hits market (Gaudreau has 609 points in 602 NHL games as of now.)

If Gaudreau were to sign with the Flyers, that will give them yet another jolt to their offseason after the hiring of coach John Tortorella. You might be thinking the player and coach wouldn’t get along. Let’s not go there. Gaudreau just had his best season under Darryl Sutter, known for being a defense-first coach.

Given how aggressive the Flyers are expected to be this offseason, landing Gaudreau along with 1-2 other key players coupled with rebound seasons from the likes of Carter Hart and Ivan Provorov will put the team in a position where they will be more competitive.

The Flyers need good news now. If Gaudreau hits market, all we’re going to hear about are these rumors. They will certainly be popular. We’ll see if he feels the same way.

If you’ve read me for any length of time this season, you know I’ve discussed at length that any available scoring winger will interest the Devils. Gaudreau would be no exception.

The Devils need to bring excitement back to the rink. They have the young pieces in place. But they have to make a splash. Landing Gaudreau would be just the splash they need.

A good offseason plan for the Devils would be to use the second pick wisely, address their goaltending and then make a big splash by bringing someone on to play with Jack Hughes. They have the cap space to make things happen. It’s now a matter of selling any potential free agents on the direction of the team.

And let’s not forget. The Devils would present Gaudreau an opportunity to return to his home state. How interesting would it be if it came down to the Devils and Flyers? Go with the home state or go with the team closest to you growing up? Decisions, decisions.

Speaking of teams needing to make a splash after enduring a tough season, it’s the Islanders. COVID hit them hard. They moved on from Barry Trotz. With Lane Lambert on board, they need to turn the page quickly.

Scanning the roster, not only would there be a fit for Gaudreau with the Islanders, he would likely help star center Mathew Barzal find himself again. Barzal had his worst season to date with just 15 goals. If there’s any priority the Islanders must address this offseason, it’s finding a way for their top line to shine again.

Related: Islanders Must Reinvent Themselves Under Lambert

The issue here will be money as the Islanders have some cap space available, but not enough to not do anything else. With around $12 million available, GM Lou Lamoriello has his own business to take care of. But he would not be adverse to making a hockey trade if the right opportunity comes up.

One way to open some money up would be to find a new home for Semyon Varlamov and his $5 million AAV. Perhaps Lamoriello can find some deals involving some of his aging veterans. Whatever the case, the Islanders need to make a big splash. If Gaudreau hits market, the Islanders should be all over it.

If Filip Forsberg leaves the Predators, I could see them sniffing around Gaudreau. I could also see Carolina in there if they lose their key free agents.

In the end, Gaudreau has a big decision to make. Does he return to the Flames who can offer the eighth year or does he take advantage of his one shot to go to market looking at the biggest payday of his career?

The longer we go not hearing anything, the more worried I would be from a Flames’ perspective. This can all change with one phone call. But we might be on the verge of one of the biggest prizes in recent free agency being available for teams. Don’t rule out the Flames yet. But don’t be surprised if Gaudreau tests market and becomes the biggest story of the next couple weeks either.

I am a fully credentialed writer who covers the Columbus Blue Jackets, Cleveland Monsters and Erie Otters as well as the Ontario Hockey League and NHL Draft. The 2021-22 season will mark eight seasons with the Hockey Writers. I am also the site’s Credentials Manager.