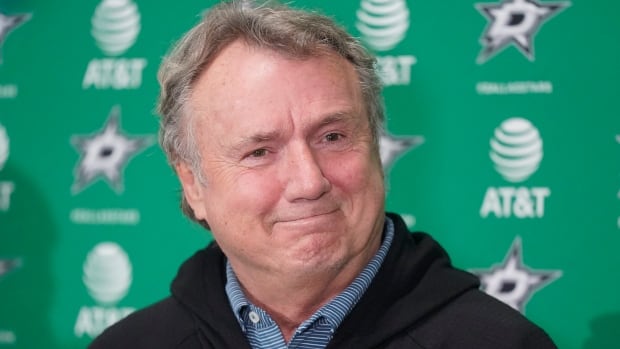 The Winnipeg Jets have announced that Rick Bowness will be the team’s new head coach.

The NHL franchise made the announcement in a tweet Sunday afternoon. Bowness and Jets general manager Kevin Cheveldayoff will speak to reporters Monday at Canada Life Centre in Winnipeg.

It’s official ✍️<br><br>Welcome back to our new Head Coach, Rick Bowness! <a href=”https://t.co/Lh3ZZPutvn”>pic.twitter.com/Lh3ZZPutvn</a>

Bowness, 67, is the eighth head coach in franchise history, and the third since the club relocated to Winnipeg from Atlanta in 2011.

“Rick brings a wealth of experience and knowledge, both in the NHL coaching ranks and as a player and coach in the city of Winnipeg. Rick is a fantastic hockey mind and an even better person and we’re confident he will lead this team to new heights.”

Bowness is taking over from Dave Lowry, who was interim head coach after Paul Maurice stepped down in December following nearly nine years as Jets head coach. Maurice is now the head coach of the Florida Panthers.

Bowness spent most of the past three NHL seasons with the Dallas Stars.

He led them to the 2020 Stanley Cup final in the playoff bubble in Edmonton where the Stars lost to the Tampa Bay Lightning.

His Stars bowed out in seven games to the Calgary Flames in the first round of this year’s playoffs. The Flames won Game 7 in overtime.

While Bowness was not under contract past this season, the coach said he was stepping away from the Stars to “allow the organization the opportunity to pursue a different direction at the head coaching position.”

Bowness, a native of Moncton, N.B., started his coaching career with the original Jets team in the 1980s.

Following stints as a player-coach and assistant coach in Winnipeg, as well as coaching AHL affiliates in Sherbrooke, Que., and Moncton, he took over as the Jets’ head coach in February 1989, culminating in 28 games (8-17-3) running the bench to close the 1988-89 season.

“I’m tremendously excited for the opportunity presented to me by Kevin Cheveldayoff, Mark Chipman and the ownership group to serve as the head coach of the Winnipeg Jets,” Bowness stated in Sunday’s news release.

“It’s amazing that forty years after the original Jets gave me my first taste of coaching, I get to return to Manitoba to lead this talented group of players in front of such a passionate fan base.”

Canada beats Latvia to open world junior hockey
Lohin heads to Wolf Pack with ‘a lot to prove’
Fantasy hockey dynasty ranks: What will the NHL look like in 2027
3 Takeaways From Finland’s 6-1 Win vs. Latvia
Wranglers sign defenseman Brook