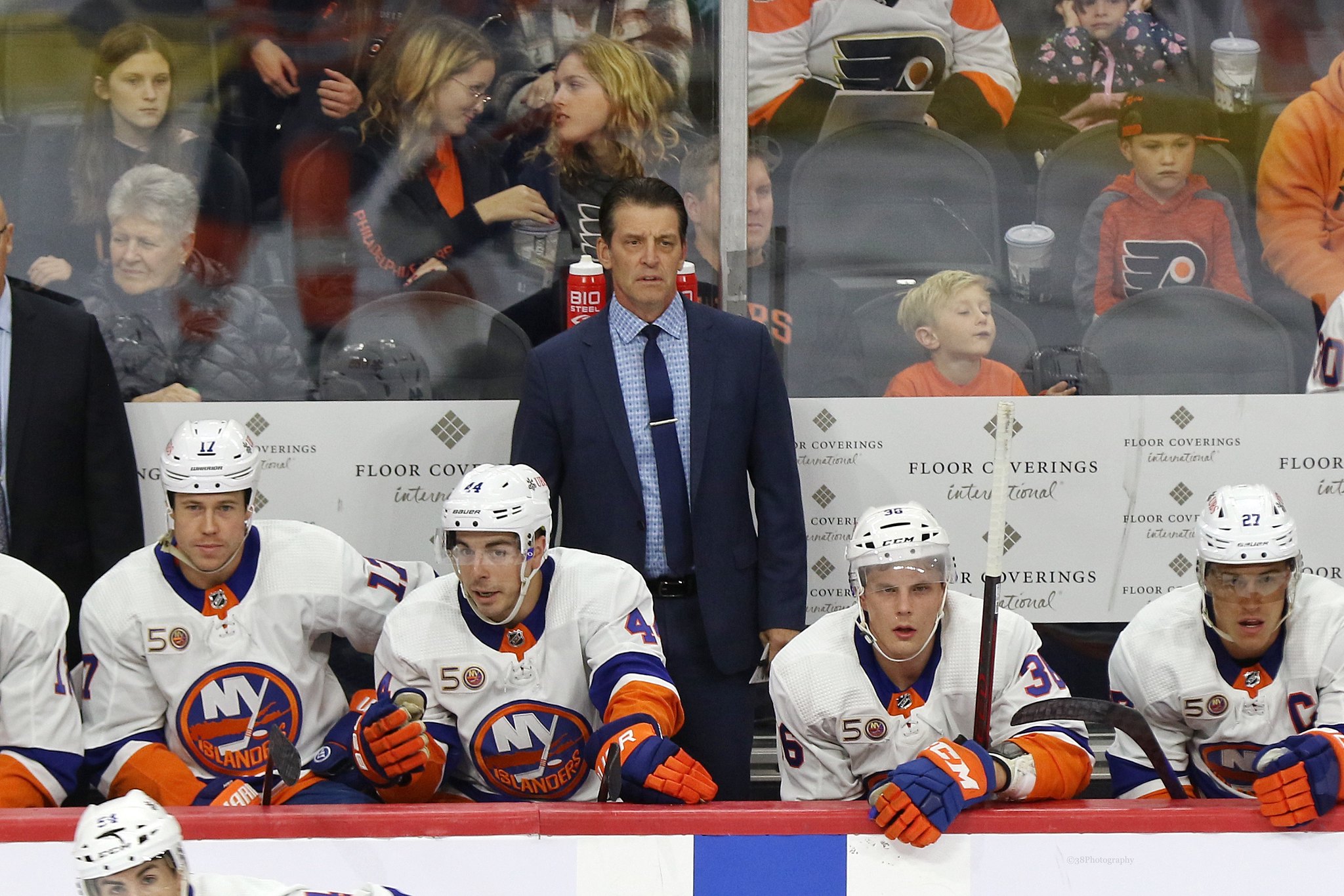 The losses continue to pile up for the New York Islanders as their season is slowly slipping away. After a 5-2 loss to the Carolina Hurricanes on Jan. 21, they lost to the Maple Leafs by the same score, playing poorly on both ends of the ice. The recent defeat was a tough blow to the Islanders as they held a 1-0 lead at the end of the first period but allowed four goals in the second period, putting the game out of reach by the time the final period of play began.

Related: Islanders Season Has Fallen Apart – How We Got Here

The Islanders have now lost five games in a row for the first time since April 2022. Granted they’ve earned two points in the last five games with a pair of overtime losses but the past five games have been the worst of the season. The Islanders look like a hapless team and the All-Star break can’t come soon enough for this team.

The Islanders allowed seven goals in the Dec. 6 loss to the St. Louis Blues but the recent game, where they allowed five goals, was their worst defensive performance of the season. The defensemen missed multiple assignments and played undisciplined at the blue line, allowing the Maple Leafs to score three goals on breakaways. Additionally, they allowed 39 shots on the net, forcing goaltender Ilya Sorokin to make multiple saves to keep the game close.

Unfortunately, the breakaway chances that John Tavares, Calle Jarnkrok, and Auston Matthews got were too much for Sorokin and let the Maple Leafs decisively win the game.

The Islanders’ defensive unit isn’t a strength like it was in previous seasons. On the contrary, it has become a weak point, especially in recent games. They have allowed 21 goals in the last five games, putting their defense among the worst in the league. Former head coach Barry Trotz brought defense and discipline when he was hired in 2018. Halfway through the 2022-23 season, the Islanders have become the opposite type of team, playing without discipline or a strong defense, making them one of the worst teams in the league.

William Nylander had a remarkable night, scoring four points to lead the Maple Leafs to a 5-2 victory. He scored two goals with quick shots in the offensive zone and assisted on the other two goals in the second period. Sorokin typically blanks opponents but he had no answer for Nylander’s shots and playmaking in this one.

Nylander’s performance speaks more to how the Maple Leafs built their roster, a contrast to the Islanders’ roster. The Maple Leafs are built on their star power with their elite four forwards, Matthews, Nylander, Tavares, and Mitch Marner. Their star-caliber players can carry them to victories even if the rest of the roster is struggling. The Islanders meanwhile don’t have the elite talent to carry them and when the roster collectively struggles, there’s nobody on the team that can singlehandedly bail them out.

The one bright spot for the Islanders was Anders Lee, who found the back of the net twice for the team’s only two goals in the game. His first came from a Sebastian Aho shot from the point where the puck landed in the crease for an easy tap-in. It was a vintage Lee goal, with him finishing a scoring chance near the net but his second came from a shot from the faceoff circle with Anthony Beauvillier finding him with a quick pass.

With the two-goal game, Lee has 17 goals on the season which is tied with Brock Nelson for the most on the Islanders. He’s had his highs and lows this year but is putting together a strong season overall. Lee is one of the most reliable goal scorers on the Islanders’ roster and is helping out an offense that has looked awful in recent games.

Other Takeaways From the Islanders’ Loss

What’s Next for the Islanders

The Islanders are staying in Canada as they face the Ottawa Senators. They defeated the Senators 4-2 on Nov. 14 but they were a much different team back then. Fortunately, they are playing a team that has a 20-23-3 record, making them an ideal opponent to snap their losing streak.

The Islanders have a 23-21-5 record and remain on the outside of the Eastern Conference playoff picture looking in. The season is falling apart and the recent loss was another tough one in a terrible stretch. The Islanders look awful and need to desperately turn this season around or they could be staring at a difficult rebuild in the offseason.

Mike Fink joined The Hockey Writers in November 2020 and covers the New York Islanders. In addition to covering the Islanders, Fink writes about the NHL at large, looking at general topics from potential cities for NHL relocation to arena traditions throughout the league. Follow Mike on Twitter @Finks_thoughts for more Islanders and general hockey insights.