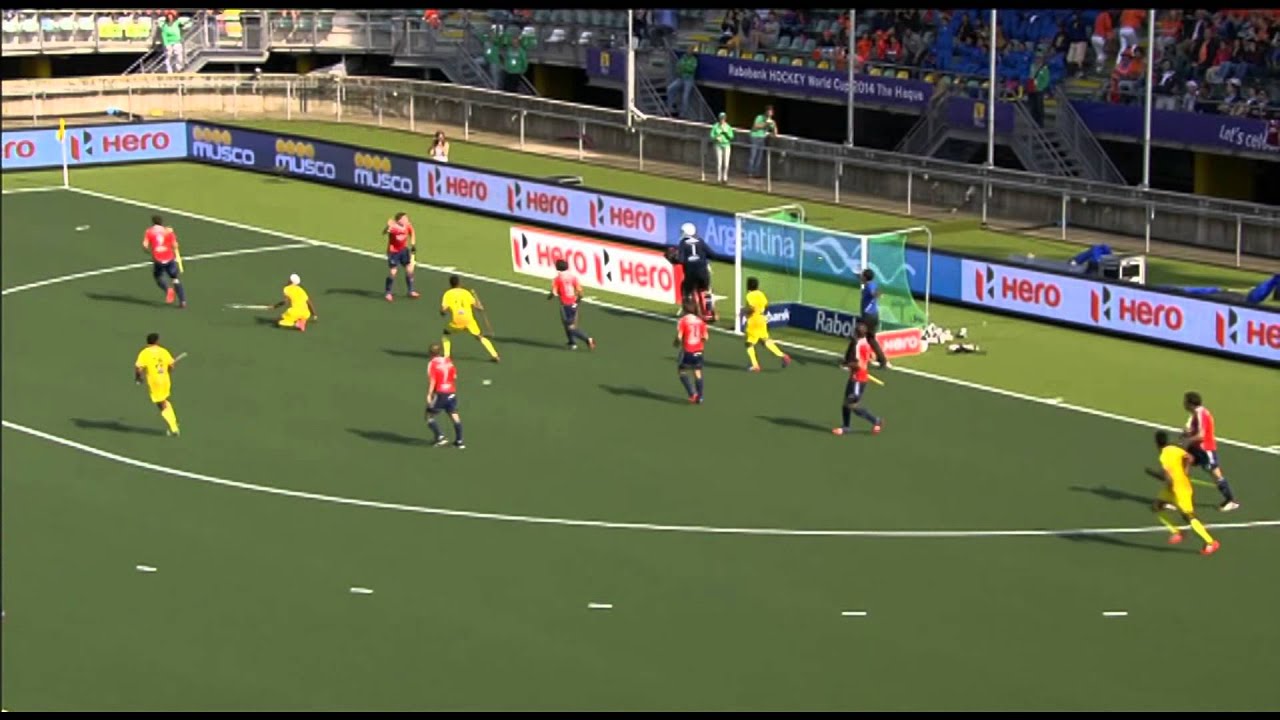 The first half and both teams found it hard to break the deadlock creating numerous chances and with India looking the likely team to come close. It would be England though who would break the deadlock when a Penalty Corner was drag-flicked into the net by Mark Gleghorne, giving England the lead. India kept battling and 4 minutes after got the equaliser when Dharamvir Singh received the ball on the top of the D and on the turn, unleashed his fierce shot that did take a deflection, but went straight into the top corner of the net. At the break it was 1-1.
2nd Half, and it started off similar to the first half with both sides trying to break through get a goal. India were the likely team to grab the lead when Sadar Singh made a strong run into the middle but he just could convert his shot into the back of the net. India again were on the attack when Dharamvir Singh made run on the wing and crossed a ball into the net D for Mandeep Singh to execute a shot but hit the side netting, it was not looking like India’s day. It looked like the next goal from either team would win the game and when England were awarded a penalty corner, and although Harjot Singh made a fantastic save, the ball went straight in the path of Simon Mantell whose shot went straight in to the net, winning it for England, 2-1.

Welcome to the FIH YouTube Channel where you can watch all the amazing skills, fearless keepers and incredible goals. Subscribe here – http://bit.ly/12FcKAW

With master class videos and behind the scenes access you can get to know the star players from around the globe as they compete in the Hockey World League, World Cup and Champions Trophy.