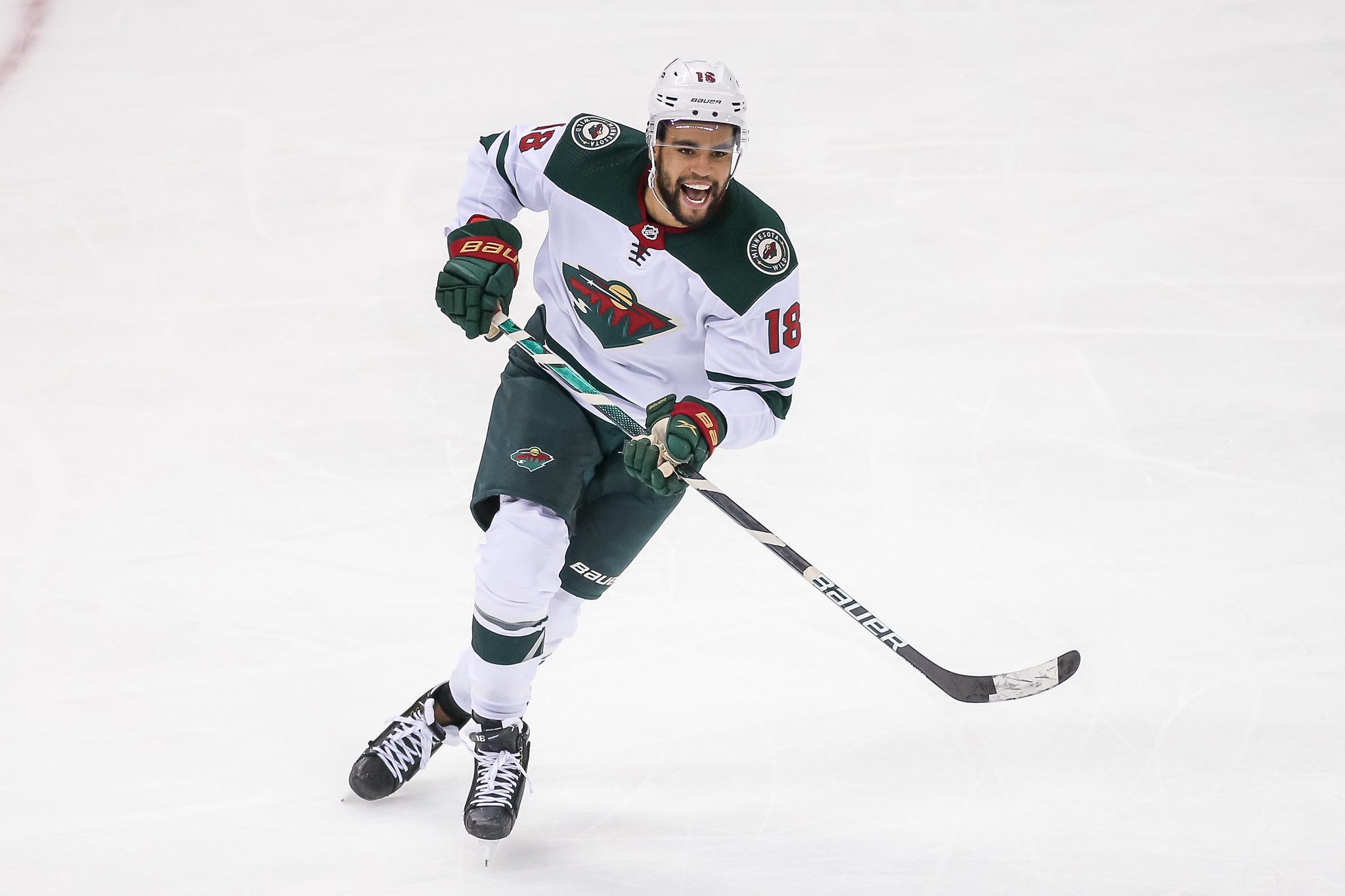 Throughout his five seasons spent in the NHL, Jordan Greenway has become a known presence in the lineup for many reasons. The first is his size, as he stands at 6-foot-6, 231 pounds. Thanks in large part to his size, he is also known as a very solid power forward who can create offense with his above-average skill set. Safe to say, he would certainly gain the interest of many teams around the league, and he’s believed to be on the block.

While the Wild would certainly like to keep Greenway around, it may no longer be possible, given their cap situation. After Matt Boldy’s recent extension, the Wild are entering the offseason with roughly $9 million in cap space and have a number of players on expiring deals, such as Filip Gustavsson, Calen Addison, Matt Dumba, Mason Shaw, Brandon Duhaime, Sam Steel, Frederick Gaudreau and Ryan Reaves. That $9 million simply won’t be enough to get the job done, so general manager Bill Guerin has no choice but to try and move some players out, and Greenway is believed to be one.

As skilled a player as Greenway is, he can struggle with consistency, and that has certainly been an issue in 2022-23. Through 28 games, the 25-year-old has just two goals and six points. While those totals are very underwhelming, he has the skill to turn things around and should be able to in the near future. Both his size and skill, paired with his $3 million cap hit on a deal that doesn’t expire until the end of the 2024-25 season, will make him of interest to a number of teams. Here are three fits that make a ton of sense.

To the surprise of nobody, the Carolina Hurricanes have once again been one of the league’s best teams to this point of the 2022-23 season. This team is as deep as any throughout the NHL, as they simply have no holes in their lineup.

But despite how solid their roster is top to bottom, many believed they needed to add a star-level offensive talent, and they did just that in the offseason when they traded for Max Pacioretty. Theoretically, this was a great move, but he has since torn his Achilles twice since being acquired, with the most recent having occurred less than a week ago.

With the 34-year-old presumably out for the remainder of the season, the Canes can place his $7 million on long-term injured reserve and look for help out on the market. While certainly not as much of an offensive weapon as Pacioretty, Greenway may serve as a decent fit in their offense and is the type of player head coach Rod Brind’Amour would love to have in his lineup.

The Vancouver Canucks are in a very odd spot as a franchise right now, as they continue to refuse to go through a full-fledged rebuild and are instead trying to fix things on the fly. To this point, that hasn’t worked out, but according to a recent press conference from President of Hockey Operations Jim Rutherford, they don’t appear to be changing up that style anytime soon.

Rutherford did acknowledge that while certain players on his roster may get moved ahead of the deadline, they are interested in acquiring players back that can help the team right now. That could make Greenway of high interest to them, as he is not only locked in at a reasonable cap hit for the following two seasons but is still just 25 years of age.

Greenway would provide the Canucks with a much-needed boost in physicality while also helping some of the big guns out in terms of secondary scoring. The Wild and Canucks have been linked as potential trade partners a few times throughout the 2022-23 campaign, and perhaps a deal revolving around Greenway will prove to be what it takes to make something happen.

The Calgary Flames have been on the hunt for a top-nine winger with skill since the 2022-23 season began, and Greenway certainly fits the bill. The massive forward fits in with this Flames team for a number of reasons, perhaps the top being head coach Darryl Sutter’s love for size in his lineup.

In recent weeks, Sutter has had Milan Lucic playing left wing on the second line, much to the chagrin of the fanbase. Greenway could quickly surpass Lucic in that role, providing a similar edge in terms of physicality while providing plenty more offensive talent and speed.

With the Flames set to be in a tricky situation cap-wise in the coming years, they would likely much prefer a rental player for forward help than one under term, but the fit Greenway would provide may be tough to pass up on. What this decision would likely instead boil down to is whether or not general manager Brad Treliving would instead prefer to add a defenseman, with Oliver Kylington unlikely to return this season.

In an NHL game that has made way for plenty of smaller, shiftier players in recent years, guys like Greenway aren’t nearly as popular as they once were. It is rare to get a player of his stature that not only has a high talent level but can also keep up with the extremely quick pace of play that we now see on a nightly basis. If he does indeed get moved ahead of the trade deadline, the receiving team should be very excited about the player they have coming their way.

Colton Pankiw is a former Jr. A hockey player who now provides his knowledge of the game through writing. He’s been a very active and reliable source for nearly two years at The Hockey Writers. He is a credentialed writer for the Calgary Flames but also does features on other teams throughout the league. Other writing contributions include: Yahoo Sports, Las Vegas Chronicle, Oil On Whyte, and Markerzone.com. Colton is also a co-host of both Oilers Overtime and Flames Faceoff podcasts. Any interview requests or content info can be made through him on Twitter. Take a look at his work here.