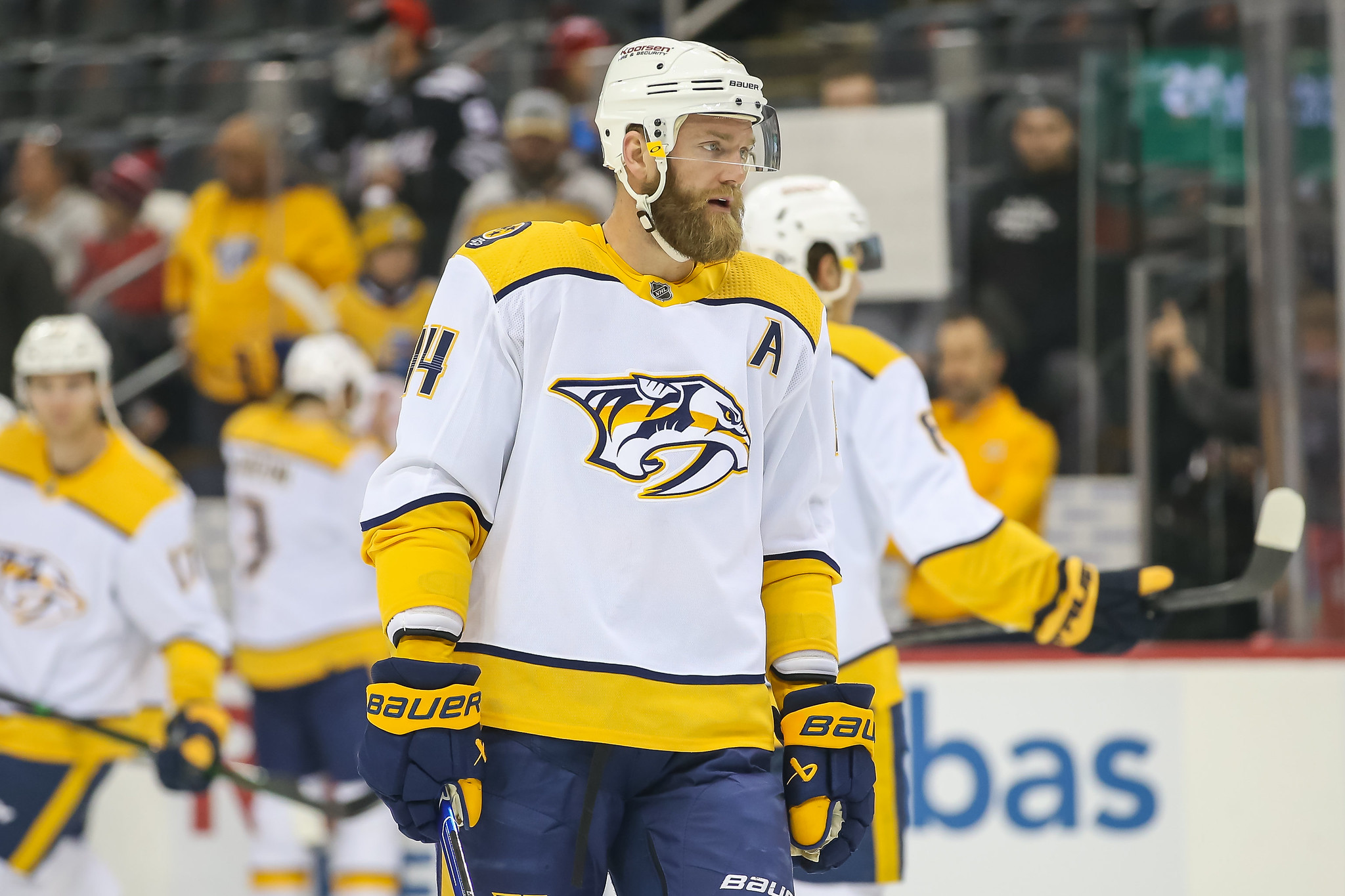 Earlier this month, NHL insider Frank Seravalli reported that the Nashville Predators are considering trading veteran defenseman Mattias Ekholm. This naturally surprised many NHL fans, as Ekholm is in the first season of his four-year, $25 million contract. However, with Nashville looking like a team that may be heading in the wrong direction, it makes sense that they are considering the prospect of moving Ekholm. After all, there are several playoff teams that would love to get their hands on him, as he is a very reliable two-way defenseman who plays top-four minutes. Let’s now look at three clubs that could make a push to acquire him.

There’s no question that the Edmonton Oilers have a spectacular forward group centering around Connor McDavid, Leon Draisaitl, Ryan Nugent-Hopkins, and Zach Hyman. However, even with all four of those players producing at over a point-per-game pace, the Oilers are still currently a wild-card team. It is clear that the left side of their defensive group could use a notable boost, and Ekholm would provide it with just that.

When looking at Edmonton’s current roster, it’s fair to argue that Ekholm would likely be utilized with Tyson Barrie on the second pairing. Ekholm’s steady style of play would allow Barrie to take more chances offensively, so they could be a perfect match playing together. Furthermore, Ekholm would also be a great addition to Edmonton’s penalty kill because of his solid shutdown ability.

Any trade centering around Ekholm would likely need to include Edmonton’s 2023 first-round pick. The Oilers have limited cap space, so they would also need to send salary back the other way in any move centering around Ekholm. Jesse Puljujarvi stands out as an NHL player who would likely be included in this package, as he certainly could use a change of scenery and has had past success in the NHL. Along with the former first-round pick, the Oilers could include Warren Foegele in the swap if it results in Nashville landing the Oilers’ 2023 third-round pick for taking on his contract.

The New York Rangers currently sport a 26-14-7 record and are expected to be major buyers at the trade deadline because of it. Although they have been linked to several big-name forwards, it is apparent that they would benefit from adding to the left side of their defensive group, too. Ekholm would be a significant upgrade over players like Ben Harpur and Zac Jones, so that certainly could lead to the Rangers joining the sweepstakes.

If the Rangers acquired Ekholm, they would have one of the strongest left sides in the NHL with him, K’Andre Miller, and Ryan Lindgren. This, in turn, could help the Rangers’ chances of making a legitimate push for the Stanley Cup this spring. Ekholm could work quite nicely on a pairing with Adam Fox, but his excellent all-around play would likely make him fit well with either Jacob Trouba or Braden Schneider, too. With that, he also would be guaranteed time on their penalty kill.

The Rangers have over $5 million of deadline cap space to work with, so they would not have too much trouble bringing in Ekholm. This is especially true if the Predators retain some of Ekholm’s salary. The Rangers could part ways with their 2023 first-round pick, Sammy Blais, and a prospect like Matthew Robertson to help this move come to fruition.

The Los Angeles Kings have a 27-17-6 record and are aiming to maintain a playoff spot in the Pacific Division. Yet, teams like the Seattle Kraken, Oilers, and Calgary Flames are all catching up to the Kings in the standings, so they are expected to be major buyers at the deadline because of it. It is clear that they need to improve the left side of their defensive group if they hope to go on a real run this postseason, and acquiring Ekholm would do just that.

If the Kings acquired Ekholm, he would immediately become their best left-shot defenseman. As a result, he could work beautifully on a pairing with fellow veteran defenseman Drew Doughty. Yet, the Kings could also elect to play him on their second pairing to spread out their talent. Either way, Los Angeles would become significantly better by adding Ekholm, and it could be enough for them to stay ahead of their Pacific Division rivals.

The Kings are reportedly looking to move one of their surplus of right-shot defensemen, so Sean Walker could certainly make sense in this deal. Along with Walker, the Kings would also need to part ways with their 2023 first-round pick and a young player like Rasmus Kupari.

Nevertheless, it is apparent that each of these teams could certainly use a player like Ekholm. We will need to wait and see if the longtime Predators defenseman ends up being moved to one of them at the deadline because of this from here.

Michael DeRosa is a contributor who covers the Boston Bruins, Chicago Blackhawks, & Detroit Red Wings for The Hockey Writers. Since 2017, he’s written and edited for numerous websites. Besides his work for THW, you can also find him on NHL Trade Rumors.